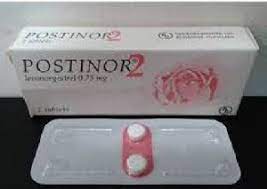 Postinor 2 is a popular birth control contraceptive that is used in controlling unwanted pregnancies. Some people also refer to it as “Morning After Pill” that is used after unprotected intercourse.

Postinor 2 is a very powerful drug that contains 0.75mg of a hormone called Levonorgesterol (a synthetic hormone from naturally produced one in the body) This is about 7.5 times lethal dose compared to the one contained in the oral contraceptive pills Eg Microgynon (0.1mg)

Things To Note Before Using Postinor 2

The drug can be referred to as a destroyer in lay mans language and below are things the drug does in the body when consumed.
1. It changes and prevents the normal production of the hormones produced in your body which control you monthly cycle (FSH & LH)

2. It Prevents Pregnancy within a short period of time

1 After engaging in unprotected sexual intercourse

2.When a condom bursts in the process of penetration

How Prompt Should Postinor Be Taken??

It comes in 2 doses that is supposed to be taken immediately. It works best within 72 hours, as the efficiency reduces and the risk of pregnancy increases after 72 hours.

2. If you have allergic reaction to levonorgestrel or other ingredients in POSTINOR.

POSTINOR does not protect you from HIV infection (the virus of AIDS) or other sexually transmitted disease (STD).

How often can I take POSTINOR?

It is advised that it is taken rather rarely, in emergency only and it should not be take it more than once within one menstrual cycle.

If POSTINOR is used more than once in a menstrual cycle, it is more likely to upset your menstrual cycle (period). POSTINOR does not work as well as regular methods of contraception.

CAUTION: Too much of postinor-2 weakens the wall of the womb and damage the uterus. This will cause miscarriages in the future.

Price Of Postinor 2 in Ghana?

Postinor 2 price is sold on the average around GHC 7. The cost of postinor ranges from places to places.