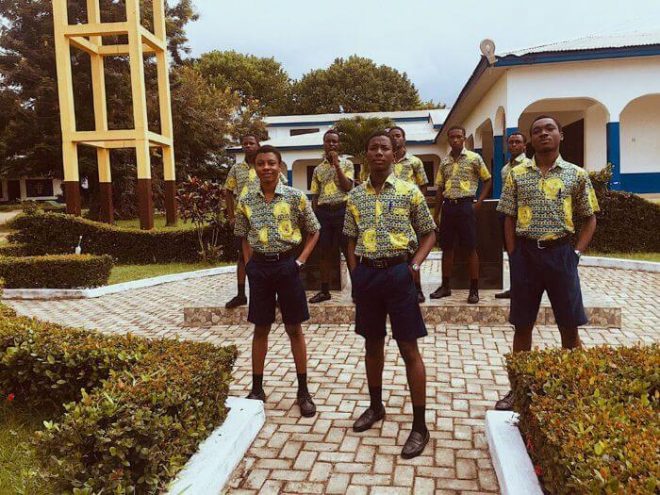 There are many schools that are counted as part of the List of The Most Stubborn Senior High Schools in Ghana. We have all been hearing that most schools are noted to be bad senior high schools and this is not academic performance, but rather how the students behave.

There are over 500 senior high schools across Ghana and some of these schools have proved on several occasions that they’re great to give students the best education that will make them good leaders in the future.

In today’s article, we shall cover all the information you need to know about List of The Most Stubborn Senior High Schools in Ghana 2022.

Kumasi as the heart of Ashanti Region has brought many senior high schools with the good and bad ones in Ghana.

There is no year that the students of this school will not cause issue in Ashanti Region. Taking a look at the year 2009 for instance, almost 12 students sustained varying degrees of injuries after final year students of Kumasi Technical Institute (KTI) staged a violent demonstration on Sunday evening at the school premise.

To brief you on what happened, the students were trying to protest an attack on a final year student of the school by a teacher for wearing a ‘non-prescribed’ uniform. This caused many to be injured and you can’t count the most stubborn schools in Ghana without Kumasi Technical Institute (KTI).

St. Augustine’s College is counted as part of the most stubborn senior high schools in Ghana. The school is boys’ school, established in 1930 in Cape Coast The senior high school started at Amissano, a village found near Elmina.

This school is a Roman Catholic institution, that was established with the motive to serve as a training college and seminary to people of the region and across. The school got its name after St. Augustine of Hippo (354 – 430 AD).

The Mfantsipim College is noted as one of the most stubborn Senior High schools in Ghana.

Mfantsipim College was established in 1876 in Cape Coast, Central Region of Ghana. Mfantsipim is an all-boys boarding secondary school in Cape Coast, Ghana, established by the Methodist Church in 1876 to foster intellectual, moral, and spiritual growth on the then Gold Coast.

The establishment of the school was to foster moral, intellectual, and spiritual growth in students who passed through the institution as it was built by the Methodist church about 144 years ago but the boy’s students have carved a niche for themselves and are known for wooing ladies who cross their path

The Methodist Church founded the school in 1876 on Cape Coast, they’re also known as ‘Kwabotwe’ and has won the National Science and Maths Quiz in 1999 and 2014. They’re good in terms of academic excellence but daughters of eve can’t stand them without giving their hearts to the ladies ‘ men.

Accra Academy was established in 1931 located in Bubuashie in Accra of Greater Accra Region.

The Accra Academy is one of the foremost secondary educational institutions in Ghana and operates as a non-denominational day and boarding boys’ school, located at Bubuashie, near Kaneshie in the Greater Accra Region. It was the first private academy to be established in the Gold Coast.

Accra Academy Senior High School (SHS) is counted as one of the most stubborn senior high schools and a nondenominational day and boarding boys school.

The senior high school was established in the 1958 — as a Catholic school that is part of the Roman Catholic Diocese of Keta–Akatsi and has a minor seminary attached to it.

The school has the nickname SPACO derived from its name, however, the alumni (the old students’ union) call themselves Conquerors after the school motto, (‘Do good and conquer evil Vince In Bono Malum’). In the year 2000 the school was made a mixed school to promote girl child education in the Volta Region. After the first batch completed the school was turned again to boys school and has till date remained a boys school.

Though the school is known to be a Catholic school, it has most of the stubborn students you can count from Ghana. Today, there is no way someone will mention list of stubborn senior high schools in Ghana without including St. Paul’s College.

St. John’s School is an all-boys’ second-cycle Roman Catholic school located at Sekondi in the Western Region of Ghana. The senior high school has more ‎Notable Alumni persons but it is count among the stubborn senior high schools in Ghana.

Opoku Ware School, often referred to as OWASS, is a public Catholic senior high school for boys, located in Santasi, a suburb of Kumasi, which is the capital of the Ashanti region of Ghana.

Opoku Ware School, often referred to as OWASS, is a public Catholic senior high school for boys, located in Santasi, a suburb of Kumasi, which is the capital of the Ashanti region of Ghana.

Kumasi High School, often referred to as KUHIS, is a boys’ senior high school in the Ashanti region of Ghana. It was established in 1962, by S. K. Amoah. The students are known collectively as Mmerantee.

The students are known collectively as Mmerantee(Gentlemen).

Obuasi Senior High Technical School is a co-educational second-cycle public high school institution in Obuasi in the Ashanti Region of Ghana. The school recently reached the quarter-finals of the National Science and Maths Quiz Competition. They have won the Ashanti regional Milo soccer competition in 2005 and 2015.

Adisadel College is the second-oldest secondary school in Ghana after Mfantsipim School, an arch rival which was established by the Methodist Church in 1876.

Adisadel College, popularly known as “ADISCO”, is an Anglican boys’ boarding school in Cape Coast, Ghana. Adisadel College is one of the oldest senior high schools in Africa, and was ranked 10th out of the top 100 best high schools in Africa by Africa Almanac in 2003, based on quality of education, student engagement, strength and activities of alumni, school profile, internet and news visibility.

Adisadel College has gained a reputation for being one of the stubborn technical SHS in Ghana. The students are known as the perfect bad boys. The school is a great institution, and the grades that the students get are proof of that. Although their academic performance is great, the students also tend towards being very rowdy. The boys are known to enjoy breaking the rules.

Should you also have any school noted to be one of the most stubborn SHS schools in Ghana, kindly drop the names by using the comment box below and we shall add it to our list.

What are the most stubborn SHS in Ghana?

The most stubborn SHS Schools in Ghana are the ones provided for you in this article.