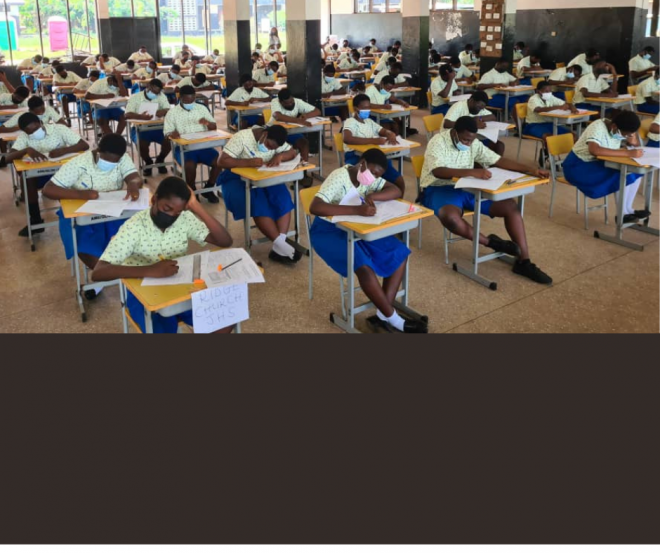 On this page, we are going to give you some of the BECE integrated science that is likely to appear in your science exams tomorrow. These question are samples from the previous year’s exams and students are advised to study them as such.

(a) (i) What do the symbols L, N, and E represent in an electric plug?

(ii) What is the function of the fuse box in household electrical wiring?

(d) Name the three types of blood vessels in humans

(a) (i) What the symbols L, N and E represent in an electric plug

(ii) The function of the fuse box in household electrical wiring

• The fuse box houses and controls the incoming electrical service and distribution to circuits within the house.

• It provides protection against power fluctuation through the use of fuses

(b) Four classes of insect pest based on their feeding habits

(d) The three types of blood vessels in humans

(a) Classify the following chemical substances based on their uses
under the headings as shown in the table below:

(b) State one use each of the following instruments used in the study of the weather:

(c) (i) Name two types of transistors.
(ii) Draw and label the circuit symbols of the transistors named in (i)

(b) One use each of the following instruments

(d) Reasons why vegetable farming is important.
• Source of employment – Income generation or wealth creation
• Foreign exchange earner for the nation, when exported.
• Provision of nutrition for man – Vegetables are very rich in essential vitamins, mineral salts and proteins.
• Certain vegetables help to conserve soil fertility
• Provides raw material for the food processing industry
• Certain vegetables are used in the pharmaceutical industry
• Vegetable take a shorter time to mature, hence it provides greater
returns per given time and space.

(a) The funnels in the diagram below contain equal amounts of different types of soils labelled K, L and M. Equal volumes of water were poured onto each soil at the same time and allowed to drain for 20 minutes.
Study the diagram and answer the questions that follow.

(a) The diagram below illustrates hazard symbols labelled I, II, III, and IV. Study the diagram carefully and answer the questions that follow.

(i) What does each of the symbols labelled I, II, III and IV represent?

(ii) Name one substance each that is associated with:
(α) I;
(β) II;
(γ) III.
(iii) Name a place where the hazard symbol labelled IV is often displayed
(iv) Which of the symbol(s) is / are found on chemical containers?

(i) What each of the symbols labelled I, II, III and IV represent
I – Danger
II – Corrosive
III – Highly inflammable / highly flammable
IV – No naked flame