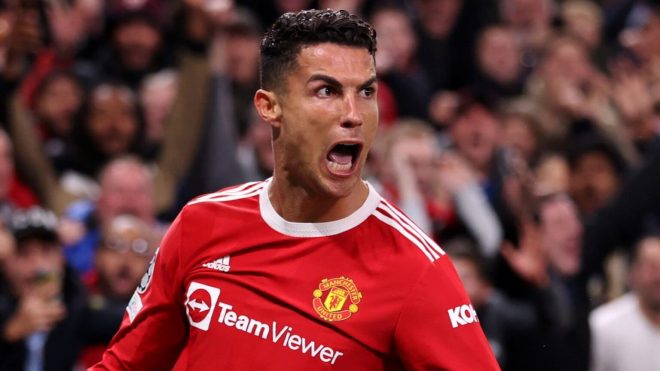 Football as a game, is what makes us entertained with its moments of fun from the set of twenty-two (22) persons on the pitch as players — including the goal keepers. We all love to see our football teams wining and making big to make us happy. This will all depend of the formation of the team you support and how effective the players are.

Ronaldo left Juventus to re-joined Man United in the summer transfer window, bringing an end to his three-year stint at Juve.

But Evra is now saying the five-times Ballon d’ Or left the Serie A giants for Man United because he felt he was becoming the ‘scapegoat’ at the Turin club.

According to the former France international, Ronaldo was unfairly criticised for Juventus’ poor performance.

Evra also said that Ronaldo left Juventus because the club’s manager, Max Allegri, told the Portugal captain that he would not play all games for the club.

“He understood that in Turin, he was becoming the scapegoat for Juventus’ poor results. However, many forget that it’s not easy to win in Serie A. [Juventus chairman Andrea] Agnelli’s target is to win the Scudetto every year, not the Champions League.”

Evra added: “Allegri’s words also had a role in Ronaldo’s exit. He said, ‘Ronaldo won’t play all games,’ there’s no reason to say it publicly, just keep it private because Cristiano is affected by things like this.

“In short, Ronaldo feared being considered the first to blame for the failures. “Furthermore, even though he played for Real Madrid and Juve, Cristiano’s only true love is Manchester United.”