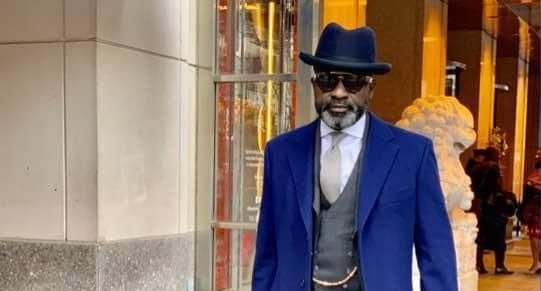 Nana Bediatuo Asante is the president of Ghana, Nana Addo Akuffo’s Executive Secretary. He is also an administrator, lawyer, and consultant as well as the Apagyahene of Akyem Abuakwa.

He had his lawful practice with Paul Weiss Rifkind Wharton and Garrison, in New York and later turned into an expert at the African Development Bank and overall direction at the Databank.

Nana Bediatuo Asante helped to establish an investment holding company, the Faith Brothers Ltd with Mawuli Ababio in Accra in 2000 where he filled in as the Managing Director.

The organization later gained Citi Savings and Loans Ltd and changed over it into Intercontinental Bank Ghana Limited and was obtained by Access Bank plc of Nigeria in 2019. His office as the Executive Secretary was in January 2017 by President Nana Akuffo-Addo.

Nana Bediatuo Asante is married to Sarah Oluwafemi Adetola and they are blessed with four children. The love birds got married on Saturday, December 26 at the St Francis Cottage, Anoff-Nsawam in the Eastern Region.

The children are Nana Twum who lives in London, his daughter Bempomaa, who is in her final year at the University of Pittsburg, Oyikwan who is also in Suffield Academy in Connecticut, and the youngest, Nhyira, also a student in Deerfield Academy in America. Nana Bediatuo Asante’s wife Sarah Oluwafemi Adetola popularly known as Femi is the owner of Sandbox Beach Club.

Aside from being known as the executive secretary to the president and also a lawyer, he doubles as a playwright, screenwriter, songwriter, and musician who has featured in both local movies and international. He also starred in the film ‘Double’ — a movie by KSM featuring Anima Misa and Naa Ashorkor.

According to Nana Bediatuo he had been performing since he was a child. “When I was in Prempeh College in Kumasi, I was indifferent pop bands, had my own band and the senior pop band. We performed at the Anasekrom pop chain competition and I was also in the church choir in London.”